Congratulations to Jeremy Smith on Pharmacist in Charge Promotion!

You are here:
News 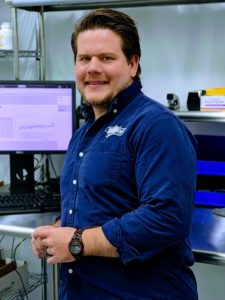 He looks forward to his new role and to pushing the envelope in technological advancements that allow Guardian Pharmacy to continually evolve as the next-generation leader in long-term care & outpatient care services.

How LTC Pharmacies Can Be a Crucial Safety Net for Assisted Living Communities
April 5, 2022